Let’s be honest. He wasn’t what the majority in the U.S. wanted, not even among Republicans. He bullied his way through the Republican primaries, barely getting 40% of the vote when faced with any opposition by two or more candidates, and usually receiving much less than 40%. But a technicality of Republican voting allowed his accession to Republican presidential candidate by virtue of the winner-take-all primary voting system. Sixty percent or more of Republican activists wanted someone, anyone, other than Donald Trump. Even a majority of the Republican leadership wanted someone, anyone, else. Many of that leadership denounced the man during and after the Republican primary, often publicly endorsing his opponent.

His ascension to President was dependent on the same primary voting technicality that was in force in most states when awarding electoral votes: winner-take-all. So, even in the face of an overwhelming majority of U.S. Citizens voting for and supporting the opposition, Donald J. Trump, the unlikeliest of candidates and one of the most reviled by even those who supported him, becomes President of the United States. President on a technicality. Still, they were our rules, those each state created. They were not the rules intended by the Founders or ensconced in our Constitution, but the rules by which everyone played the game. And President Trump played it better than anyone before him.

Let’s give him his due in achieving this goal. In the process, let’s also applaud and recognize Kellyanne Conway for her achievement. I doubt President Trump ever believed he would achieve this goal. When he entered the race for the Republican presidential candidacy, it was at most a publicity stunt or, more likely, an ego trip. As he won state after state with less than 20% or 30% of the votes in a field of 17 candidates, the race evolved into a serious effort, not by design but by chance. The strategy, the path to ultimate victory, was determined by other more intellectually informed individuals, those who had researched the chinks and flaws in our electoral system for years and were just waiting for this unique opportunity to strike, men such as Steven Bannon. But even he couldn’t have pulled it off had it not been for Kellyanne Conway. 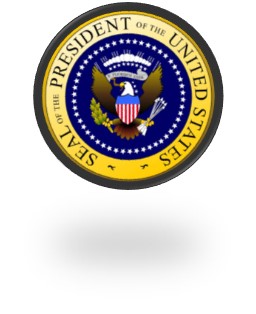 Most on the left, and many on the right, deride and loathe Kellyanne. More than a few of her sex feel she betrayed their gender. But, I admire her. Sure, her pronouncements are often no more plausible than Baghdad Bob’s of Iraq War fame, but look at the mess she is trying to disguise. You have got to know how to apply a lot of plaster to make that pile smell sweet. It is a serious skill showing technical expertise as well as intelligence.

Kellyanne knows her job is public relations. She doesn’t have to like the person she works with, she just has to promote that person while concealing all the warts and flaws. And Kellyanne did her job so well that voters that didn’t want Trump could hold their nose and steady their stomachs just enough to cast a vote for him. It was a fantastic job of public relations. When many get over the fact that she derailed the election of the first female candidate for President of the United States, they might take time to note that she was the first female to successfully lead a presidential election. No small feat, especially considering with whom she had to work as well as whom and what she had to work against. Maybe it takes a woman to beat a woman. Truly one of the most impressive things she did was take Trump’s phone away from him long enough to allow him to climb in the polls. My God, she actually got the man to shut up!

But winning doesn’t confer competency or capability, and government is not a business. You can’t file bankruptcy and run from your obligations and creditors when things get rough. You have to solve these problems and you have to let the people know how you are going to do it. There is a reason press secretaries and public relations personnel such as Kellyanne have their jobs. Too often, when a client, or in this case a President, speaks off the cuff directly to the people, they create a crisis, especially when restricted to Twitter’s 140 characters.

That said, Twitter is an excellent way to get past bureaucracy and bring your ideas directly to the people. It allows you to be heard and rally the masses. In the case of a Presidency, it can revive a currently moribund but vital tool of the Presidency, the bully pulpit.

But it is also the problem. When an uninformed and intellectually challenged person tweets an insensitive, erroneous statement or an outright lie, the tweeter becomes a twit, derided and mocked. The communication tool no longer serves as a platform for reaching out, but an object of derision and ridicule. It does not promote the status of the office or win the support of the people, but propels the author toward ridicule.

If President Trump truly wants to succeed in his new surprise role of President, rise above his election based on technical manipulations, forge his legitimacy and win the adoration he so clearly craves, he needs to start by not being the Twit-in-Chief. For the sake of the country and his presidency, Kellyanne needs to hide his phone once again.

Dr. Douglas Courtney has been writing professionally for over 15 years and for recreation for over 50 years. He has published four books, many of which are on sale at Barnes's and Nobles website and Amazon.com. Dr. Courtney is the author of the short stories listed in this site as well as the two novels. His writings are fictional and non-fictional and he posts regularly on events of the day.

A way station for the thoughts and online stories of Dr. Douglas Courtney. Browse his commentary on current, and not so current, social and political events. Read some of his short stories, or buy his latest books. In any event, come look around and enjoy!